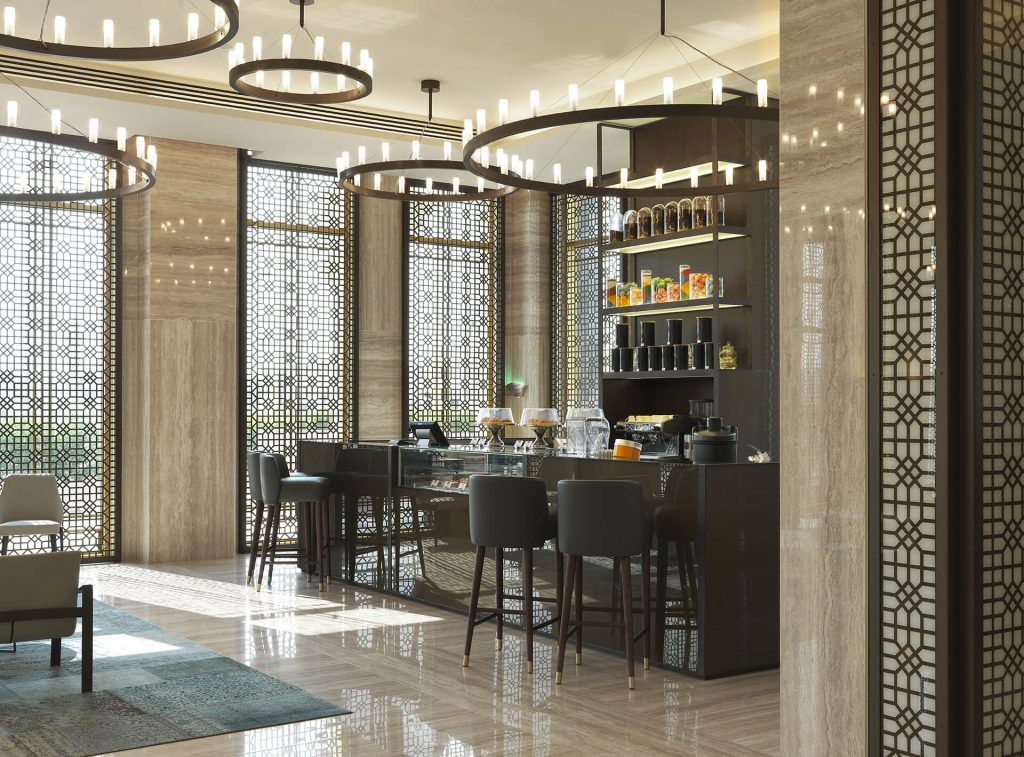 Social magnificence is kept up through straightforward or convoluted planned fretwork called Aluminium Mashrabiya. These structures give great ventilation and fill in as a decent regular forced-air system if there should arise an occurrence of intensity disappointments. Because of their plan designs, they are impervious to high temperatures, accordingly, they can be utilized anyplace.

These structures are ideal for inside planning a decent office or home. Draftsmen can give a cooling and novel touch to any space utilizing these highlights. Concealing reflected from the Mashrabiya window designs and jaili look amazingly excellent and novel.Business or entertainment places pick Mashrabiya screens or twofold façades to bestow a feeling of energy and extravagance to their guests.They likewise give a wellspring of regular light and furthermore securityParties and occasions are appreciated with the assistance of Aluminium Mashrabiya structures also.

One thing that you can spot at any Arabic living arrangement is Aluminium Mashrabiya . A window screen made of wood, the conventional Arabic engineering has mashrabiya as a piece of it, utilized both in the inside and outside aspect of the house. One can infrequently discover mashrabiyas in country territories, while Aluminium mashrabiyas are richly found in metropolitan regions. It had the solid base of an Arabic significance a spot for drinking. Social excellence is kept up through straightforward or confounded planned fretwork called Aluminium Mashrabiya. These structures give great ventilation and fill in as a decent normal climate control system if there should be an occurrence of intensity disappointments.

The etymology of mashrabiya begins back in the 12th century at the capital of Iraq. Mashrabiyas that can be spotted at Arabic countries were built during the 1850s until mid-1900, but there are mashrabiyas with deep legacy. The existing example of an ancient household with mashrabiya is Beet El Razzaz at Cairo, Egypt. History had it that mashrabiyas were knocked down for renovation purposes in the Arabian area at the 1900s. Even though things were different at Baghdad where some people were disturbed because of the demolition and began to safeguard them.

Mashrabiya has close connections with the harsh desert climate, and that’s the reason why mashrabiya is utilized the most. Arabic countries have intense heat and severe aridity. This problem demands a more smart solution to sustain life and existence. People tired of the heat from the desert and brought many solutions to resist the heat. One method was that heavy walls were used because people thought that in this way, the heat would lessen.

Even though these walls were effective in reducing the heat since the walls absorbed cold temperature at night. But the problem with this technique is that the walls had tiny ventilation holes which resulted in dimly lit home. With mashrabiya, the problem was solved to a great extent by letting in enough light and prevented heat seeping in through the wall opening. With more of aesthetic charm, mashrabiyas provide sufficient gust of air into the room. 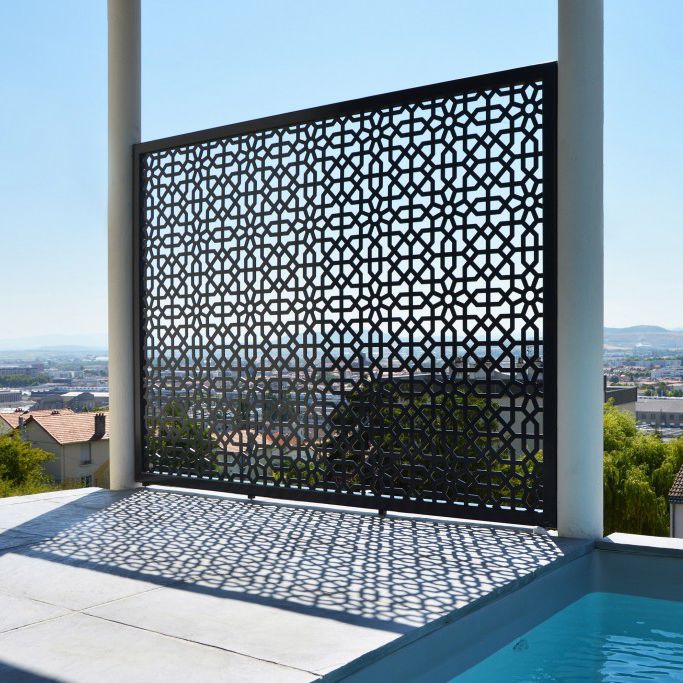 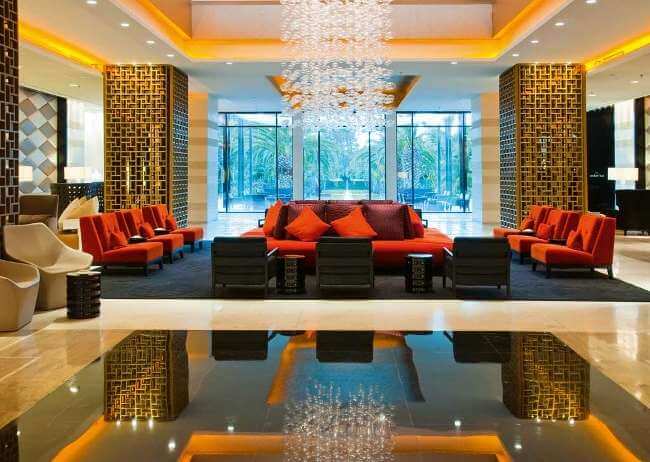 The essential capacity of these structures is to manage the daylight entering a territory. The veneer permits cold air to go through. It gives new vibes to the region secured. Alongside ecological components, social determinations like security angles added to the notoriety of the structures.

Visual security is one of the most basic elements of the structure. The grid works empowered the tenants to watch the rest of the world without trading off their personality. They were utilized to make private spaces for ladies in numerous public spots in Islamic nations.

THE MATERIALS USED FOR MAKING MASHRABIYA

ood was the standard material for the production of Mashrabiya. These wooden structures were fixed with glasses of various tones, which upgraded its tasteful worth. Essentially pecan, pine, and breech woods were utilized in the development of mashrabiyas. Locally accessible wood was least utilized, and imported woods of the sort as referenced above were generally utilized.

As of now, metal grid works are boundless in current structures. Aluminum is outstanding amongst other fit metals for cross section works. The best case of metal mashrabiya design is Al Bahar Towers in Abu Dhabi, UAE. Let us find in insight regarding the different models of Mashrabiya.

CNC-processed acrylic is likewise utilized in the assembling of the cross section works. Mashrabiyas utilizing marble and different stones are well known in nations like India, Spain, Iran, and so forth Mortar is utilized in certain zones of Egypt. Indeed, even blocks were utilized to make Mashrabiya in certain locales of Egypt.

THE BASIC STRUCTURE OF MASHRABIYA

The whole structure can be divided into two parts, upper and lower. The lower section, below the eye level, has a comparatively close pattern with small openings to keep up the privacy. Whereas, the top part has broader mesh patterns to allow free flow of air and light.

The two main types of ornamentation found include stem, plant, flower depictions, and geometrical pattern depictions. The former is confined to be in use during the end of the nineteenth century, where the latter is a commonly seen pattern. The most common geometric Mashrabiya pattern followed is a pair of horizontal ornamentation followed by one vertical decoration. 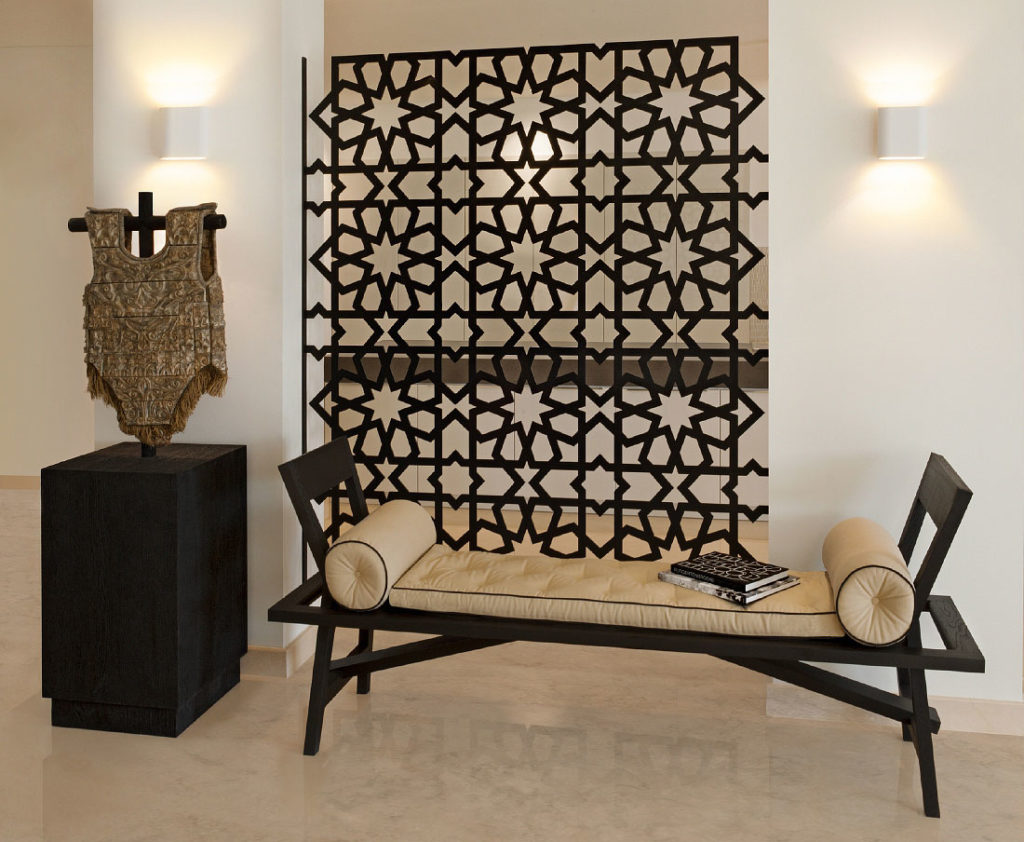 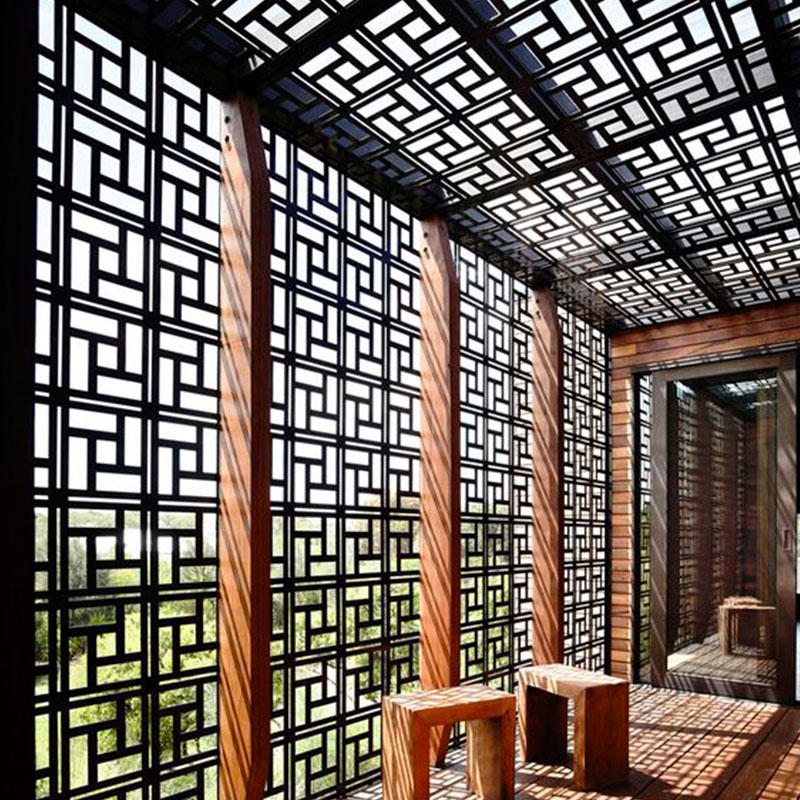 Contact us for more information on our Aluminium Services

Also see our other services

There are different unique patterns for Mashrabiya, which makes each of them distinct in case of design and functionality. Sadly there are no mentions of exact Mashrabiya pattern names noted and kept for future reference. This happened because the different models were pretty popular among the locals, and none of them thought that the Mashrabiya would ever go out of fashion.

The distance between the balusters and their diameter is the primary measurement that decides the various functionalities performed by a Aluminium  Mashrabiya. Simple geometric figures and calligraphic designs inspired by the holy book of the Quran were illustrated in many of the lattice works. The portrayal of any living organism is against the beliefs of the Muslim religion. Besides, the depiction of simple shapes and designs was comparatively easy for these handcrafted pieces.

Researchers identified some of the mashrabiya pattern and named them based on their characteristics. The Hexagon patterned mashrabiya have repeated varied sized hexagons to fill up the meshwork. The church design, which consisted of narrow balusters arranged vertically. The long balusters when turned look like legs of a dove.

Mymooni Aluminium Mashrabiya pattern looks like a squared mesh with the perpendicular joining of pieces to create round openings in the center. The name Mymooni is given to the design as it was headed from Maymoniya, a town in Egypt.

Sahrigi Aluminium Mashrabiya  patterns are square mesh that have wider openings and are seen on the upper portion of a mashrabiya. Balusters are place leaving enough gaps between one another. Sahgiri got its name from Sahrig town in Egypt.

The cross Mashrabiya pattern also called the saliby models, as the name suggests, made of round cylindrical balusters arranged like a wheel structure. The vertical, horizontal, and angle placement of balusters with identifiable round structures on meeting points are the highlighting features of these patterns. When in the hands of a skilled craftsman, many patterns are seen on the same Mashrabiya conjoined to create a visually pleasing artwork.These patterns separate prominent windows from Mashrabiya, creating an identity to the structures. Depth ratio and perforation ratio are two essential terms when considering patterns of Mashrabiya. Perforation ratio is the ratio between the area of the hole to the whole area of the main structure. The depth ratio is the ratio between depth and width of single openings.

Now let us discuss in detail the mashrabiya pattern of some modern buildings like The Arab World Institute of France, Al Bahar Towers of Abu Dhabi, Doha Tower of Qatar.

NEED ANY SERVICE, FEEL FREE TO CONTACT US
Get In Touch
Copyright Zain Aluminium LLC. 2022 - All Rights Reserved
Back To Top